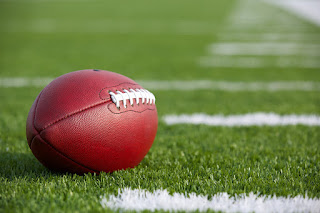 Last night was the first round of the NFL Draft, and I got 3 of the first 10 picks right.  That's 30%, which is good right?!  No not good at all.  What makes it worse is the first 2 picks we're almost a shoe in (Goff and Wentz) and even the other pick I got right, Jalen Ramsey, was a pretty easy one.
That being said here is who I projected each team to pick, and who they actually picked.

Laremy Tunsil dropped because of photos that were leaked on his social media account.  I think when that happened it caused a chain reaction in draft picks.  Instead of taking Tunsil, the Chargers took Bosa, who I had projected to go the next pick to the Cowboys.  So then once Bosa was off the board, the Cowboys had to take Elliott with the hopes of DeMarco Murray like production.  With that being said, I have nothing to say about my other picks, they were just way off, but that's what makes sports fun and enjoyable to watch.  Even the draft is mostly unpredictable.


How did you do with your top 10 picks?  Do you think any team reached in the top 10?  Will Goff succeed in LA?
Draft mock NFL pick top10